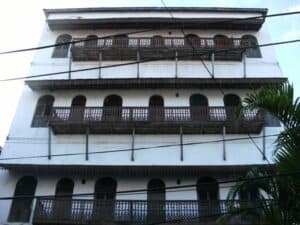 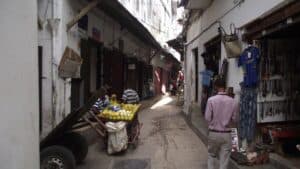 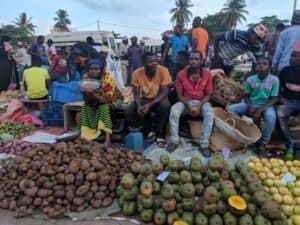 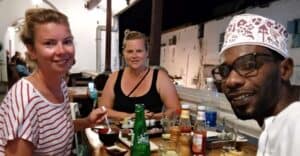 On a personalized tour of Stone Town, you’ll get to see the city through the eyes of experts while learning about its fascinating blend of Arab, Persian, Indian, and European influences. Spend the morning at a genuine spice farm, where you can see, taste, and smell the freshest produce, and then spend the afternoon dining on the fruits of your labor at a local eatery.

Your personalized journey will begin out at Stone Town, an East African city with a rich cultural history. Many of the buildings date back to the nineteenth century, and their distinctive blend of Arab, Persian, Indian, and European styles illustrates the many cultures that have influenced Swahili society. In 2000, because of these factors, the city was included in the list of UNESCO World Heritage Sites.

See the Anglican Church and the site of the Old Slave Market first, then make your way through the maze of streets to the City Market. See how the locals bargain for and purchase anything from fresh produce to furniture. Look out for all the action at the fish auction. After that, you may go on a tour of Stone Town’s most notable landmarks, such as the Palace Museum and the House of Wonder, also called Bait-al-ajab, because it is the town’s largest and tallest structure. The Old Fort, Tippu Tip, and Freddie Mercury’s House are the next stops on your sightseeing tour. Among the many sights to see are the Peace Memorial and the Natural History Museum.

Next, enlighten yourself about the spice trade, which is a major economic driver in the area. Find out the process that goes into making spices like cloves, nutmeg, cinnamon, and black pepper on the islands. So much so that the Zanzibar Archipelago, along with Tanzania’s Mafia Island, is sometimes referred to as the “Spice Islands” because of its abundance of spices. Zanzibar is home to several spice plantations, and the next stop on your trip will take you to one of the few certified organic farms on the island.